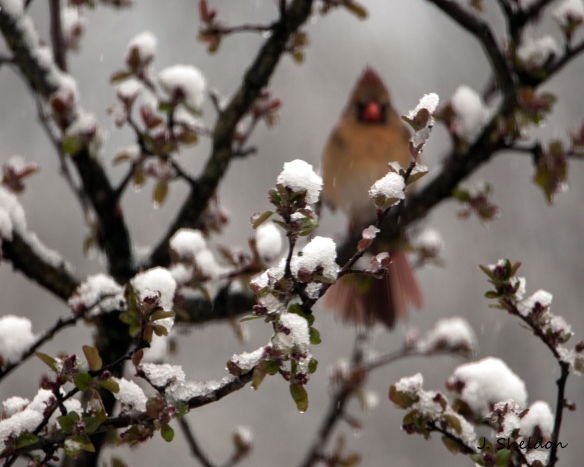 We finally made it. After a long and arduous winter, today was the first day of spring! So I sprang out of bed this morning and made my way to the window, only to be shocked when I realized that we had not sprung ahead at all.  Instead we had taken a giant step backward – right back into winter. There was at least an inch of snow on the ground and it was still coming down fast – those giant “hamster” sized snowflakes that are so infamous here in St. Louis. 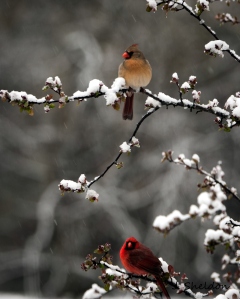 My beautiful Magnolia tree had been in full bloom and now its fragile flowers were drooping under a layer of sloppy wet snow.  The Bradford pears, daffodils, forsythias and pussy willows – blooming much too early than seemed nec 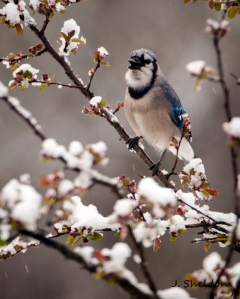 essary – here they were, now trying to hold up under the weight of a fresh coating of heavy spring snow.   With plans of doing yard work this afternoon, I too was feeling a little under the weather.

As I looked out into the backyard, I noticed that the local bird population wasn’t being deterred from their daily routine.  I have to admit, the late season snow was really quite lovely. The birds were all decked out in their spring plumage. With the backdrop of the gray mottled skies and the tree branches outlined in white, they appeared more vibrant than ever.  I quickly grabbed my camera and started snapping away.  These beautiful and lively birds are definitely the harbingers of spring, despite the onslaught of winter’s brief, but hopefully, final assault. 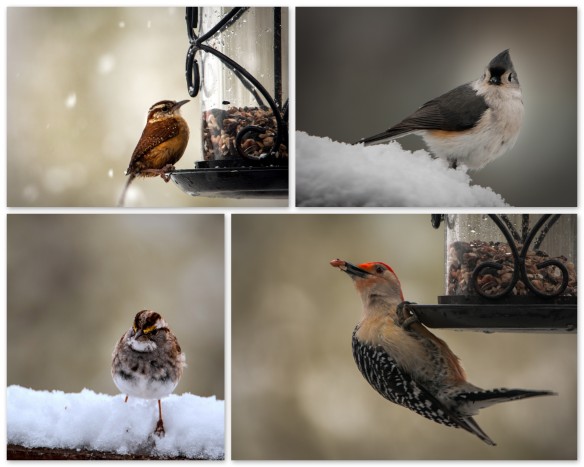 The snow had ended by lunchtime and was all melted by mid-afternoon. However, I still didn’t manage to get any yard work done. On the upside, I did manage to get some pretty nice bird shots. So I believe the snow had its advantages and I know there will always be plenty of time for pruning and planting in the months to come. After all, as a little bird once told me – hope springs eternal! 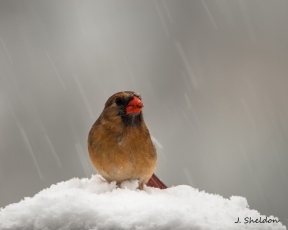 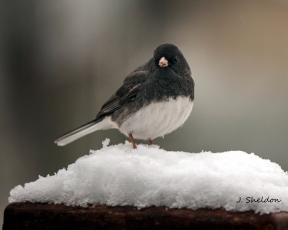