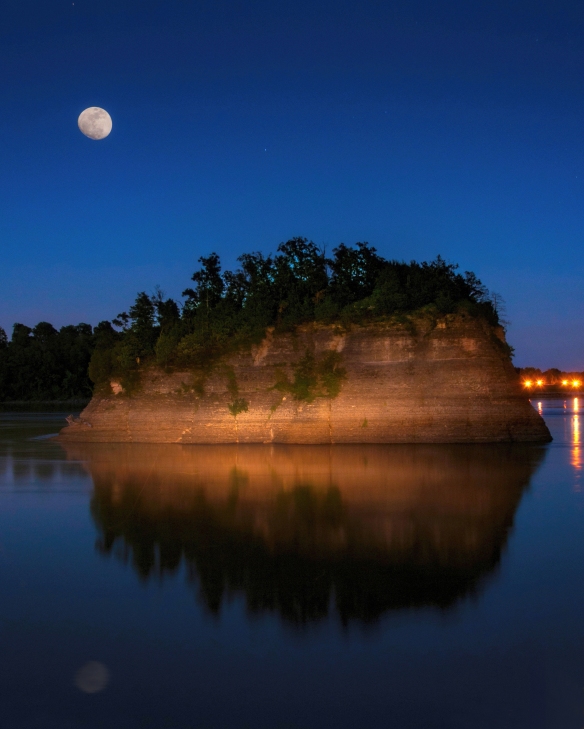 As if a fun filled day of hiking and picnicking near Cape Girardeau wasn’t enough, we decided we still needed one more adventure. So we took a chance and raced against daylight to try and reach Tower Rock by sunset.  Due to lack of GPS coverage and shoddy cartographical skills, my surefire shortcut turned into a dead end and we were forced to take the road more traveled as we scrambled to beat the onset of nightfall.

Turning off the main highway, racing headlong down gravel roads, daylight waning alongside us, we talked about abandoning the whole idea and just heading for home. But after coming this far, turning back was not an option – it couldn’t be too much farther, could it?  As the sun dipped deeper on the horizon, we were forced to come to grips with the fact that darkness was descending faster than we could cover ground.

As the last of the sunlight leached from the sky, we pulled in alongside the river, finally arriving at Tower Rock. Gazing out at the Mississippi as the night enfolded around us, a beautifully bright moon shone above.  Instead of sunset, I got moon glow.

The most cherished moments in life are often unforeseen, so I grabbed my camera and stepped out into the darkness.

To commemorate my lost sunset, I channeled my inner fourth grader and composed a little Haiku.