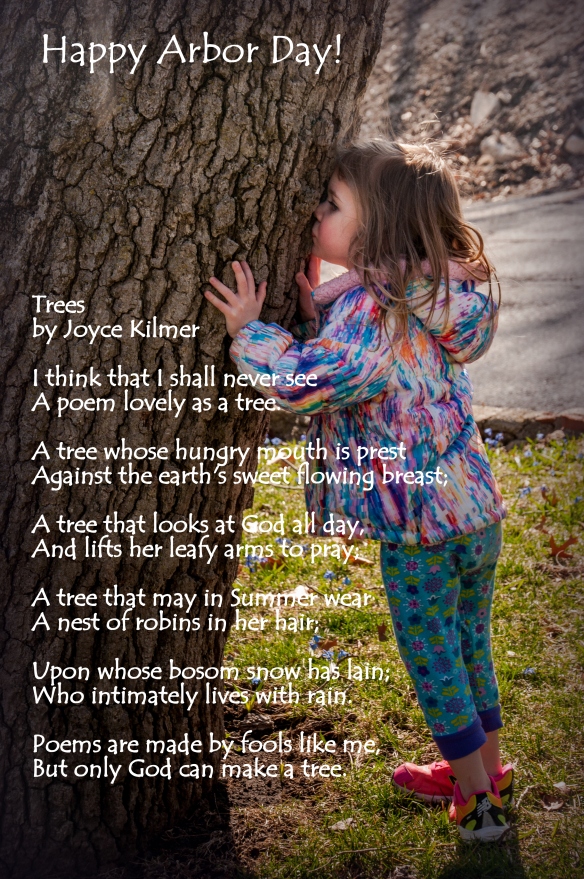 In the beginning there was a tree, there couldn’t have been an apple without one.  Trees were here long before us and will remain long after we are gone.  Standing their ground, reaching to the sky and changing with the seasons, creating a beautiful mosaic of texture and hue. Providing shade in the summer, fruit in the fall, hope in the winter and the promise of renewal in the spring. 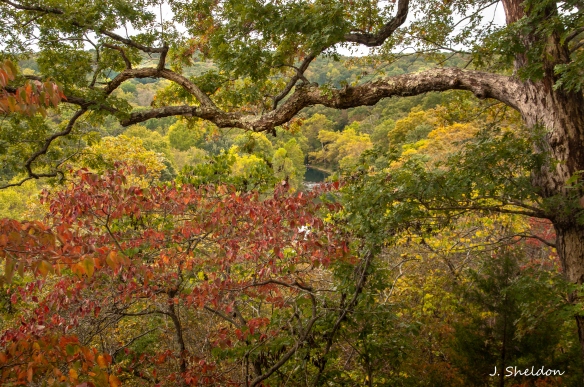 They outlive us, outgrow us and outsmart us.  Their pollen is scattered on the wind, 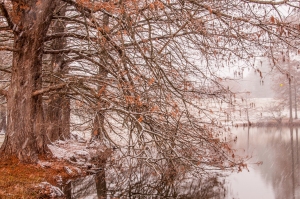 their seeds carried  by the inhabitants of the land.  They move about and yet their roots remain steadfastly anchored to the earth. 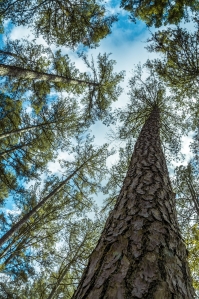 They are the backbone of the environment; towering above us all they complete the circle of life.  They support all of god’s creatures with the most basic of needs – food, shelter and the very air we breathe. So when you go outside today, take a moment and thank a tree. 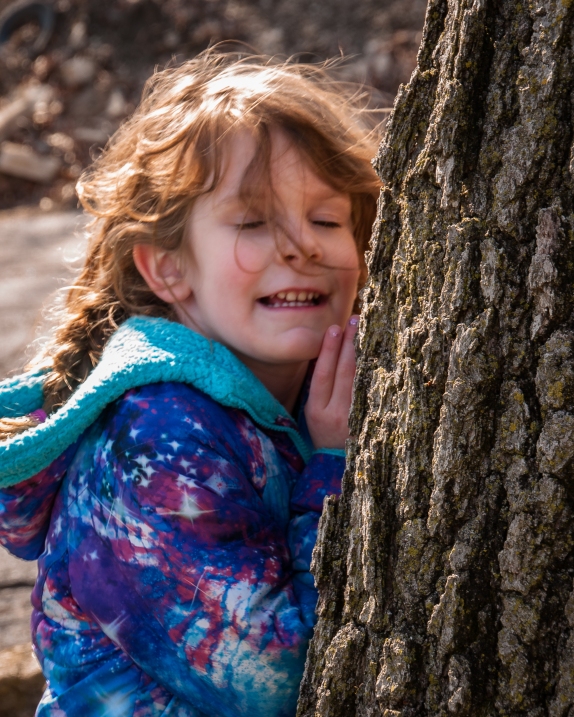 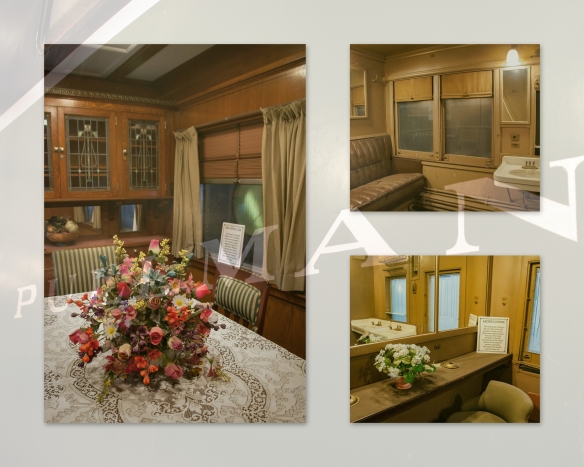 A Journey through time in the Historic Pullman District

Once upon a time there was a perfect little community. A place where fathers earned an honest wage for a hard day’s work, children came home after school not to an empty house, but to a loving mother. Yards, parks and green spaces were all clean, safe and well maintained. Homes were equipped with modern conveniences and all the amenities were within reach – library, church, shopping and theater – just a short walk from home. In all, the very embodiment of the American dream. 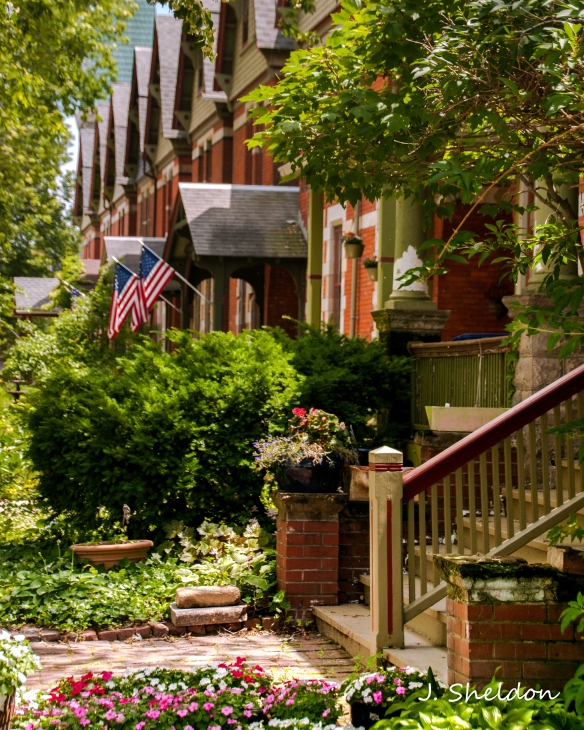 This was the vision of George Pullman – his model industrial town.  Anchoring it all would be the bread and butter of the community as a whole, his factory – The Pullman Palace Car Company.

In his vision, Pullman conceptualized that happy workers would be hard workers. By putting the comfort and convenience of his workers and their families at the forefront, he hoped to avoid the labor strikes and uprisings that were becoming the theme of the day in the latter half of the 19th century. 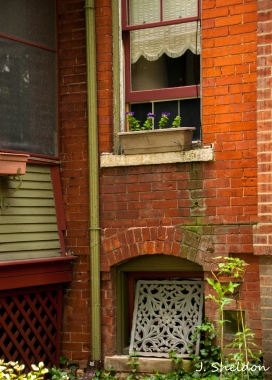 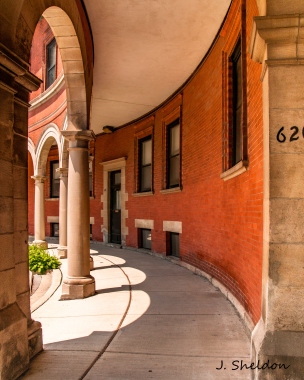 In 1884 his vision became a reality.  An award winning community recognized and accredited for its cleanliness and beauty at a time when cities were overcrowded and living conditions were unsanitary.  From the outside looking in this was truly a success, but things are not always as they appear. Amidst the immaculate facilities, sunshine and fresh country air, in 1894 Pullman’s loyal workforce went on strike. 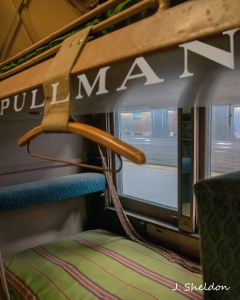 Despite all of its accolades and awards, Pullman could not keep his dream intact.  Behind the scenes he was hardly the benefactor he appeared to be. The town was in reality just another business investment. It turned a profit just as the factory did.  What he didn’t seem to realize was that you can’t manufacture a community the way you can construct a train car.  Communities are not made of brick and mortar alone, they are made of people and people cannot be forced into place like rivets, bolts and gears. 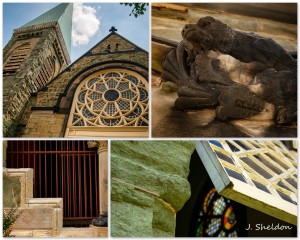 To keep appearances up, he enforced his own ideas of the perfect utopian society.  From books in the library to plays in the theater; speeches, newspapers and public events, everything had to meet with his approval. Houses were randomly inspected for cleanliness and evictions could occur with little notice. There was only one church to attend. A single hotel housed one bar, but libations were offered to visitors only.

When the depression of 1893 hit, Pullman had to cut back on production. So in turn, he cut the worker’s wages but rents remained unchanged, leaving families with little left over for other necessities.  Appeals to reduce the rent were met with deaf ears.  With a common cause to rally around, and a new found sense of camaraderie, the residents banded together in rebellion to incite what would become a nationwide railroad strike and lead to the end of Pullman’s oppressive reign and the creation of Labor Day as a national holiday.

Soon after his death in 1897, the supreme court ordered the non-industrial property to be sold, the land was annexed to Chicago and Pullman`s utopia followed in his wake. 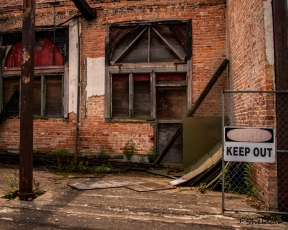 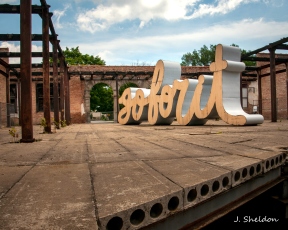 Last June, my son and I paid a visit to the historic Pullman District. We strolled the tree lined streets and photographed the buildings in different stages of inhabitance. Many properties were meticulously maintained, while some were in the process of restoration and still others had been ravaged by the effects of time and were now beyond salvage. As 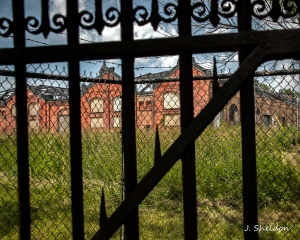 we explored the remaining community and learned its history, we also had the opportunity to chat with some residents. We found what was most prevalent, despite the diversity that had transformed the area, was an overwhelming sense of community and pride.

I learned that in 1960 plans were made to demolish the neighborhood and replace it with an industrial park. Once again the residents banded together, this time to preserve their homes and the history they represented. Thanks to their efforts, the district is now a National Landmark. The restoration and renovation continues as the area is slowly returned to its once award winning grandeur. 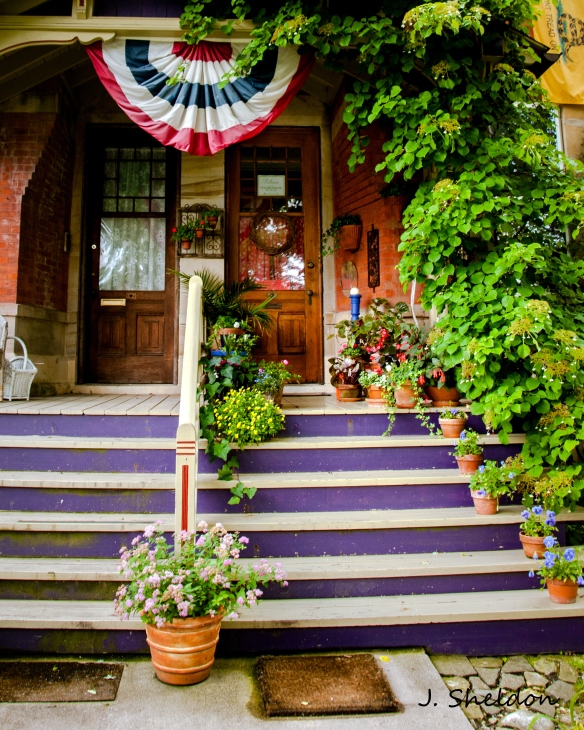 For me, the take away from this photo adventure was that Pullman’s vision contained a fatal flaw – we all need a sense of belonging, a sense of place and a true sense of community which transcends our physical needs. Whether we choose to seek our personal utopia in the city, the suburbs or the windswept plains, in the end it’s our free will that determines what Eden means to us. It’s the perseverance of our human spirit that motivates us to join together to make that dream come true and create our own “happily ever after”. 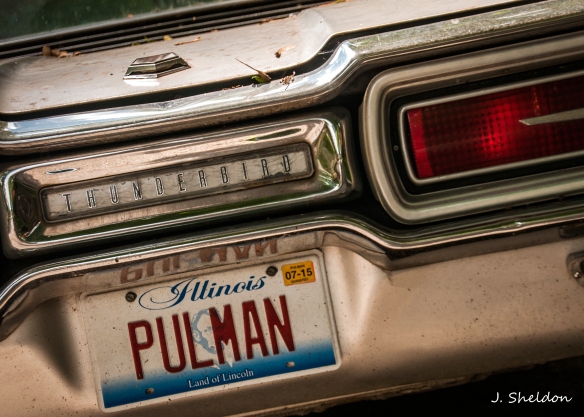 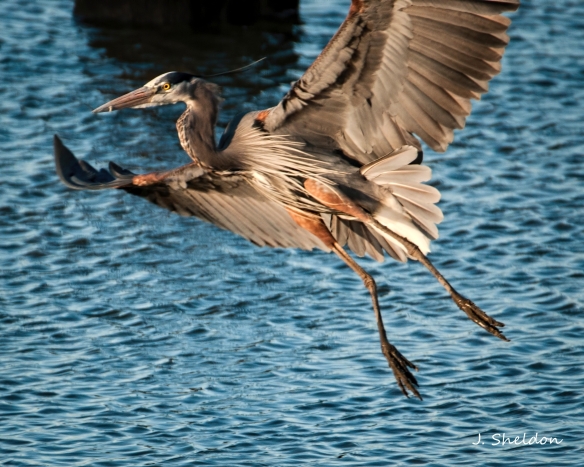 Somehow I have managed to survive on this planet for over half of a century never having known the thrill of catching a fish.  It’s not for a lack of trying or an aversion to worms.  I’ve sat in a boat and drank beer with the best of them, yet for reasons unknown the fish always seem to bypass my hook and move on to the next. 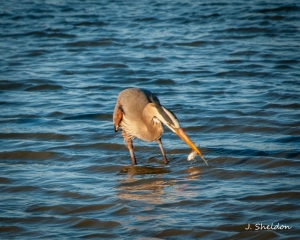 s.  As is usual, instead of taking notes I took pictures.  These fishermen don’t need a trolling motor, spinners, lures or flies.  They rely solely on their long legs, keen eye and quick reflexes.  Without the aid of a tackle box or a trip to Bass Pro Shop, they pluck fish out of the water as 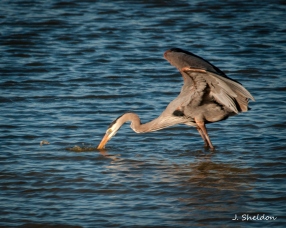 easily as I pluck Doritos out of a bag.

I’ve witnessed Great Blue Herons at work in the past, but what made this occasion so special is that it’s spring.  Usually they are pretty solitary birds, preferring to be loners and not share their fishing grounds with others.  However, in the spring a young man’s fancy tends to turn to thoughts of love, and his affairs are governed more by his heart than by his hunger.

Although Herons don’t normally mate for life, they do stay with one mate throughout the breeding season.  For the better part of the year it’s a little difficult to tell the males from the females, but during this season it’s the males turn to shine.  Whole flocks gather in groups at the local fishing hole and the menfolk do their best to impress the ladies – who in general, tend to remain rather aloof and indifferent to the whole display. 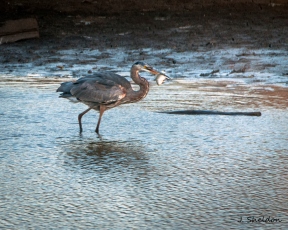 Female Great Blue Heron gets the catch of the day 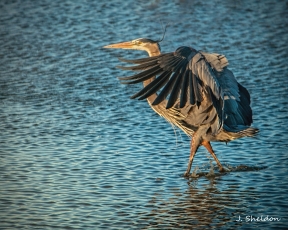 At this pond there was one gentleman who was definitely the big man on campus.  With his chest puffed up and his long colorful plumage tousling about in the spring breeze, he strutted across the water like an avian Mick Jagger.  Surely, this guy could have his choice of all the lovely ladies, and he did seem to be intent on wooing one in particular.  However, she seemed more interested in catching fish than in courting.  I’m not sure if she was being coy and playing hard to get or maybe she was just hungry.  Most likely, it’s all part of the game of love. Yet even with moves like Jagger, she remained unimpressed by all his obvious charm and charisma. 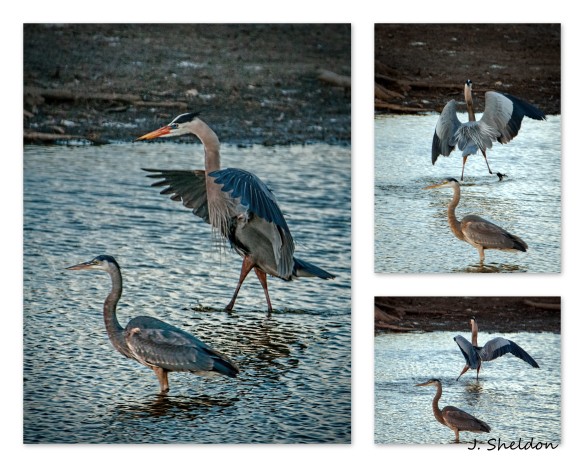 The fishing and the flirting continued on throughout the evening.  At one point some Egrets stopped by to check out the local fishing scene, but they were soon carefully escorted from this exclusive club by a couple of male Herons on bouncer duty. 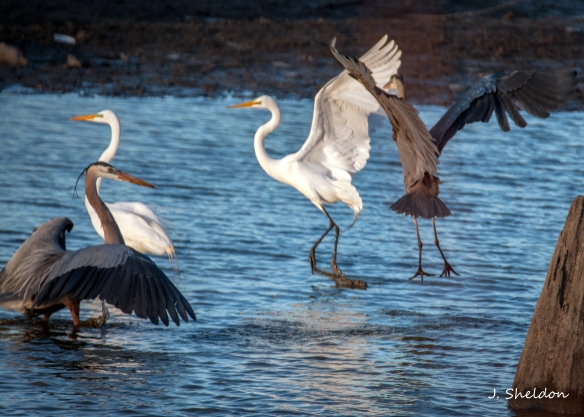 Before long, the sun started to drift lower on the horizon.  One by one the Herons retreated from the 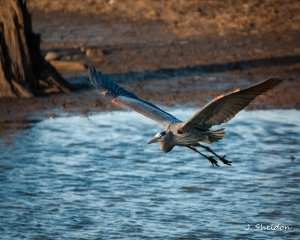 pond, flying back to their nests to contemplate and strategize their next maneuvers in the courtship dance. We decided it was time for us to fly, too.  But, like the Herons and the sportsmen, we’ll soon be back to try our luck at the fishing hole. Although I plan on getting my catch of the day with the snap of a shutter rather than the cast of a pole. Forever in pursuit of the one that got away. 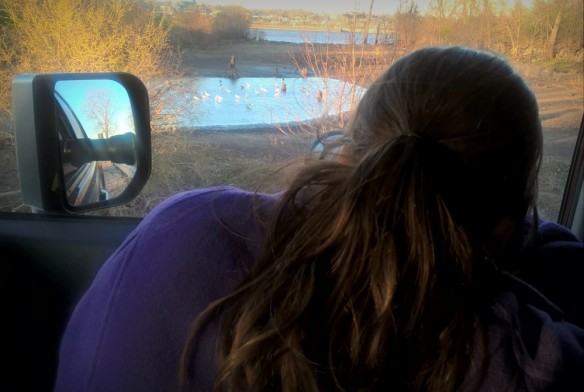